Reproduction or further distribution of this information may be subject to copyright protection. Use of the information without obtaining the permission from the owner s of the respective information might violate the rights of the owner.

These pesticides and their metabolites are distributed widely in environment and food [ 3 , 4 ] and exhibit neurotoxicity, reproductive toxicity, respiratory toxicity, hepatotoxicity and immunotoxicity [ 3 , 5 , 6 , 7 , 8 ]. The OP fenitrothion FNT — O , O -dimethyl O - 3-methylnitrophenyl phosphorothioate—is used to control insects on cereals, orchard fruits and vegetables and in forests [ 6 , 9 ]. The toxicity of FNT is associated with the overproduction of reactive oxygen species ROS and the resulting oxidative stress [ 9 , 13 , 14 ].


However, the effects of walnut polyphenols on pesticide-induced immunotoxicity are unclear. Here, we investigated the protective effect of walnut polyphenol extract WPE on FNT-induced immunotoxicity and assessed the underlying mechanisms. Walnuts were purchased from the Jingpin Fruit Industry Co. Hebei, China. Bejing, China. The WPE was extracted by the protocols described in Yang et al.

The concentrated solution was extracted three times with 75 mL ethyl acetate. These ethyl acetate extracts were evaporated to remove ethyl acetate, lyophilized, the powder was WPE. The total phenolic was measured using the Folin—Ciocalteu assay prescribed by Wang et al. They had ad libitum access to standard sterilized rodent chow and filtered water. Splenocytes were prepared based on the protocols as previously described [ 24 ]. Erythrocytes were lysed by incubating the cells in 0. Cell viability was assayed as previously described [ 14 ].

Cells treated with complete medium were used as control. The samples were incubated a further 4 h. Lymphocytes phenotypic analysis was performed by flow cytometry as described previously [ 11 ]. The cells were washed, then diluted to 2. After cell staining, the cells were washed with PBS three times and centrifugation. Cells were excited with a nm argon laser line and the fluorescence of FITC was analyzed on FL1 nm , counting 10, events per sample.

Splenocytes were electronically gated to exclude any residual platelets, red cells, or dead cell debris. The results were indicated as the percentage positive cells within a gate which was the same for both exposed and control splenocytes.

HRP-conjugated secondary incubation was then carried out. Finally, membranes were colored with 10 mg 3,3-diaminobenzidine Wako, Tokyo, Japan solution in 50 mL phosphate buffer 0. Bands were analyzed quantitatively using Quantity One software Version 4. The eluent was evaporated in a rotary evaporator and powder of fractions was obtained by freeze-dried.

LC—MS analysis was carried out as previously described [ 24 ]. Mobile phases were 0. ESI source voltage was set at 4. Major phenolic compounds found in walnut extracts samples are shown in Table 1 and Table 2. At least three individual experiments were conducted for each experiment and satisfactory correlation was achieved between the results of each individual experiments. As shown in Figure 1 , FNT significantly decreased splenocyte viability to WPE at 0. 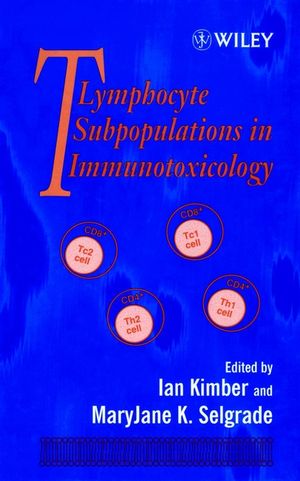 Treatment of FNT exposed splenocytes with 1. Therefore, functional alterations in recovering T-cell populations may also contribute to cytotoxic antineoplastic-therapy-induced immunosuppression. In summary, the experience thus far suggests that while cancer patients have variable levels of immunosuppression at the time of presentation, the particular agents administered and the dose intensity of the antineoplastic therapy play a large role in determining the risk for opportunistic complications.

While such complications are most common in the setting of BMT, the use of immunosuppressive agents as part of dose-intensive regimens can lead to profound immunodeficiency in the non-BMT setting as well. The immunodeficiency induced by anticancer therapy appears to be primarily related to lymphocyte depletion, and perhaps most importantly to CD4 depletion wherein increased depletion is associated with a higher incidence of opportunistic complications.

When absolute lymphocyte counts are monitored following cessation of cytotoxic antineoplastic therapy, recovery to baseline values is generally observed within three months. With regard to lymphocyte subsets, NK cell populations are frequently normal immediately following cessation of therapy [ 38 ]. These are followed by total B-cell populations, whose numbers generally normalize within one to three months [ 39 , 40 ], often exhibiting an overshoot such that supranormal values may be observed for a prolonged period following completion of cytotoxic chemotherapy [ 38 ].

Such normalization of total lymphocyte counts belies the fact that recipients of cytotoxic antineoplastic therapy frequently experience a prolonged CD4 lymphopenia. In order to understand the processes at work during this complex process of lymphocyte repopulation, we will first review the various pathways of T-cell regeneration, with an emphasis on the implications of each for restoration of host immune competence. The ontogenic or primary developmental pathway of T-cell development involves progeny of the pluripotent hematopoietic stem cells which home to the thymus where they undergo an elaborate process involving expansion, differentiation, and selection.

This process has been the focus of intense immunologic study and has been reviewed elsewhere [ 41 ]. Importantly, during the process of cell selection, the vast majority of T cells are deleted, due to either an inability to recognize antigen in the context of the host major histocompatibility complex or due to unacceptably high levels of autoreactivity.

This results in a surviving population of T cells which display a TCR repertoire which is uniquely poised to recognize foreign antigens as they are encountered in the periphery. Thus far, however, available technology does not allow direct analysis of thymic emigrants, since analysis of cell surface expression and intracellular TREC expression cannot be performed simultaneously.

Importantly, however, T-cell populations can be regenerated in hosts in the absence of a thymus via a process which has been termed peripheral expansion [ 44 ]. Very simply, this involves the mitotic division of mature T cells themselves, increasing their cell number.

While this process can lead to dramatic increases in total-body T-cell number, it is generally unable to completely restore normal numbers of T cells, and it cannot restore TCR repertoire diversity. Indeed, because the process of peripheral expansion is driven by antigen encountered in the periphery, it is expected that contraction of the peripheral TCR repertoire will occur during the course of this process [ 45 ]. Hence, it is not difficult to understand why thymic-dependent pathways are preferred for restoration of T-cell immune competence.