Which is not a disaster by any means, but by this being so blatant the Hugo loses even more credibility as an award. What is it even representative of anymore, you might ask. But there's an assumption being made that there wasn't political agendas in a field of white men. For 60ish years, the Hugo always went to best white dude?

I mean, even the phrasing of that sentence betrays a whole set of implicit assumptions. The best received books were the best books. And so on. And as I said I think this sort of identity voting further reduces the credibility of the Hugo as an award that supposedly represents the best stuff published in the field. That to me is further sign of poor taste.

The Hugo voters clearly have a select group of authors that continue to pop up year out, and not out of merit, in my humble opinion. In fact I doubt it. That suggests the voting group back then was not dedicated to voting for men exclusively. In the years that Bujold did not win best novel, she was at least a nominee.


Clearly white men won most of the awards before the big shift in But I don't think that was as largely the result of identity voting as what we are seeing now. You've been complaining about it for a few days now. Specifically your issue is that this represents 'identity politics' and 'political correctness' and all those other buzzwords. The problem is, nothing you've said so far really shows that these amount to anything more than your own disgruntlement at someone who doesn't look like the usual winners getting recognition.

But as you point out, Kim Stanley Robinson was on the list this year, so that proves the voting group now isn't dedicated to exclusively voting for minorities, so all is well. In the 80's and 90's, the vast majority of SFF Books was published by men. And yet still there were a fair few best novel Hugo awards that went to women publishing in that time.

This does not really suggest that people then were actively voting based on identity of white men.

And yet, the Hugo award is now dominated by women. And has been for a while, if one looks at the evidence I presented such as of the last 8 years of winners, 6 were female. If you look at how many African American women, Asians or transgenders are actually publishing SFF Books compared to white men, it is only a minute number, almost negligible in qty, and yet when it comes time for the Hugo Award voters to vote for the award, we find ourselves with a nominees list of 3 women, 2 Asian men, and 1 transgender. And guess what, the first African American woman to be in the running wins the award an unprecedented 3 years in a row.

Does anyone believe that would have happened if the Broken Earth trilogy had been written by some white guy? You want more? Ok that must all be a coincidence. Not sure whether one is upset with this matters at all, it is plain as day what's going on, just don't deny it or sugercoat it with the usual modus operandi. Facts are a bitch I know and I am not going to respond to those questioning my motivation or other blablabla.

That is the point. Your selective use of examples to try to prove that the slew of white male winners wasn't about 'identify politics' is an inherently flawed argument. Thank you.

If you really want to get into a deeper, more comprehensive statistical argument, go ahead. Jemisin is the 'first African-American woman to be in the running'? One thing is for sure: white guys have had plenty of opportunities to do it. Robert Silverberg was nominated four years running from inclusive. Poul anderson was nominated in '73, '74 and ' Orson Scott Card got nominated for two entries in a series two years in succession, twice: the third in the 'Ender' series was also nominated.

Read the list of nominees from the '60s, '70s and '80s and you see the same names coming up over and over again. Certainly, what Jemisin has done is unprecedented, but in large part that has to do with her releasing her books in consecutive years unusual in itself and actually winning after being nominated which is down to many factors, but given the shortlist, it's hard to put too much weight on her gender influencing the vote.

Here are the Hugo Award nominees - The Verge

Well, why don't you stop complaining and suggest some damn nominations, then? This is a thread for Hugo nominations! Show us your excellent taste and we can all move on with discussing actual books to nominate. Record of A Spaceborn Few too maybe. I would vote no award before RF Kuang for a Campbell though. The Poppy War seems oddly popular, wouldn't surprise me to see it nominated. I would guess that the current popularity of women and non-WASP passing writers it to a large extent due to a large part of the voting population in awards Nebula, Locus, Hugo is keen on new and interesting viewpoints.

I would swear someone has collected gender data on SF short fiction markets in the past few years comparable to VIDA but I can't find it. Maybe someone has a better memory or luck. And a writer winning the not-a-Hugo on a single work of short fiction is not unheard of, the one I remember is E Lily Yu. I just finished it. It's the second of a series, they're both short, so I'm not sure if they are novel or novella length.

I don't have my notes from last year. I personally love this series. A lot of my friends could be described as anarcho-punks. This book was clearly not written by a tourist but by a member of the community. If you've ever been curious about train kids, circus performers sideshow variety or the life of punk bands on the road, this book will give you a glimpse of what that life is like.

None of the characters have those jobs, but folks who travel for art often use networks of people like the one described in the books to enable their art. Brook Bollander's The Only Harmless Great Thing is a fantastic novella about an alternate history where elephants were used to mine uranium. She has really honed her craft over the last few years.

Some of the events in the novella are real. Women were used in radium mines, historically and many died of cancer. The prose is beautiful. Cixin Liu's Ball Lightening just came out. Rivers Solomon is partnering with Clipping to write a book inspired by the Deep, but I suspect we won't see that until next year.

For the record. The Stone Sky was the best book on that ballot. There were several I loved nearly as much that didn't make the ballot, but of the ones on the list it was the clear standout. Well deserved win to Jemisin. You need to be a member in order to leave a comment. Sign up for a new account in our community. In the novella, the citizens of Pennsylvania speak a language they call "Pennsylvanisch", which a character describes as "[a] German dialect mainly derived from Swabian and with many English loan words , which a speaker of High German would find it difficult to follow".

This language has a rich literary tradition of which the Pennsylvanians are proud; and they feel suspicious of, and threatened by the hostile English-speaking nations of New York to their north, and Virginia to their south. In that Pennsylvania, only the Quaker communities still speak English as their native language, and they are therefore recruited by the Pennsylvanian Intelligence Service as spies to infiltrate the territories of neighboring nations.

The story's main conflict comes when a Pennsylvanisch officer encounters a man who claims to be from the United States as we, the readers, know it. The officer first regards the man as either truly mad, or feigning madness to cover his mission of espionage for an enemy such as New York, but soon becomes enamored and full of longing for the parallel universe described by the captive.

In a brief part of the story, the time traveler's journal reveals that he has visited other worlds, including one with an Axis victory in World War II. In actual US history, a large part of Pennsylvania's population in the 18th century were indeed German-speakers, though the elites in the colony and later state were English-speaking. The numbers of German speakers dwindled in later periods, though the language still survives, especially among the Amish. 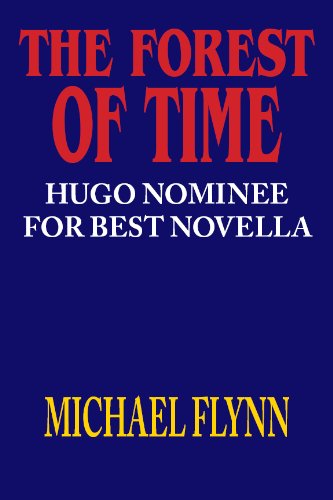